News was admiring himself in the reflection of a
camera lens, getting ready for its noon newsflash.

He glanced down on the notes sent to him by his boss – he
had three investigatory interviews in a row and he had to
memorize the conclusions he had to come to beforehand.

This was no small feat, and News prided himself in being able to turn
any fiction into facts in the eyes and ears of the viewer.
Conspiracy strode past and shot him a steamy kiss.

Oh, how he loved her – she was so exciting, so contradictory!
She had been hired in the online department as an answer to
the dwindling network ratings and the spreading notion amongst
some viewers, that perhaps News was not always truthful. Their
boss did not like them losing the narrative to those who fell off
the “News-wagon”, so Conspiracy was hired to catch them with
perfectly tailored alternative fiction.

News checked his smartwatch as it stirred, it was Truth again.
Always calling, hollering and bothering.

They were quite the pair, News and Conspiracy, between
them they soaked up the tame and the non-conformists and left
not a drop for Truth.

Disappointed with rejection, Truth packed his bags and left
his home on an endless siesta that would last decades.
His house is to this day empty and locked, but on Truth’s
door, still hangs a sign that reads: “Gone fishing.”

And on an another note, jotted down as if on second thought
it reads:

“If you need me – just stop listening,
and start looking and you will find me. 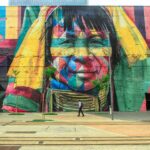 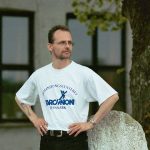 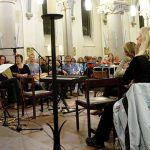